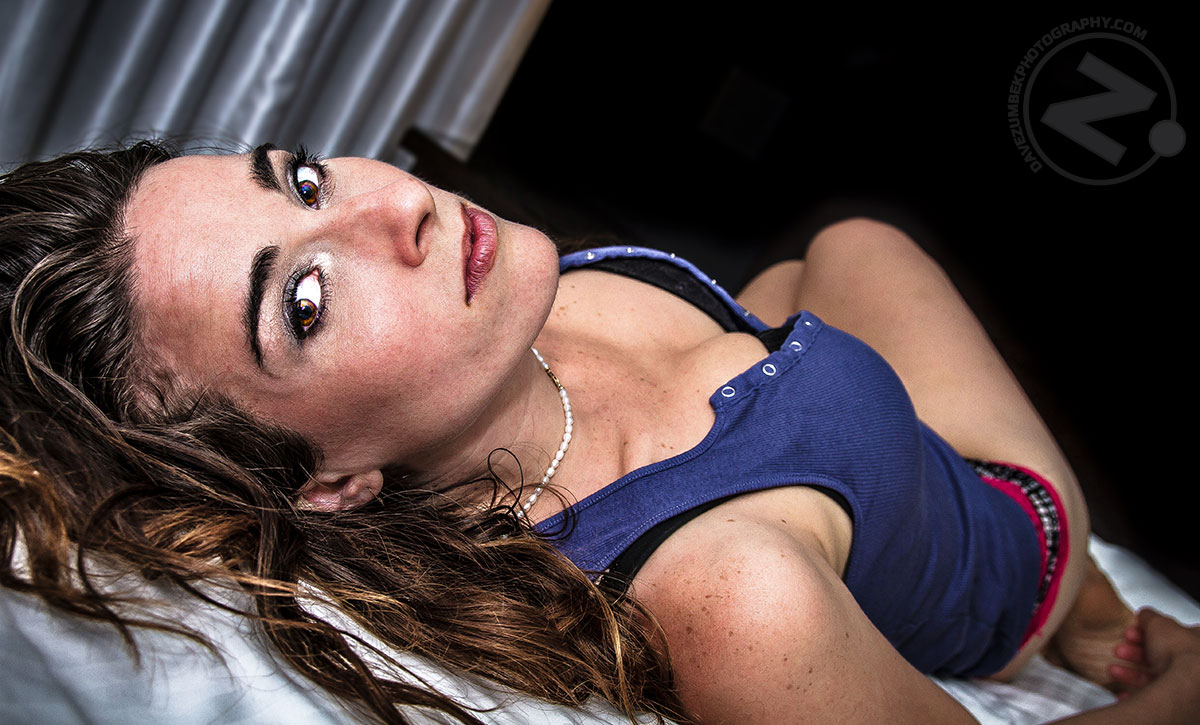 A couple of months ago I had the opportunity to do a boudoir shoot in a downtown Los Angeles Hotel.  As a photographer, hotel shoots can often be impractical.  Some of the room rates, depending on the city, can be as much or even a great deal more than what I would typically charge for the shoot.  It’s not really something to be done as a one off for a client.  Photographers who do Boudoir shoots in hotels typically schedule a day’s worth of sessions to get the most bang for the buck.  It just so happened I was visiting LA for the Adobe Max Conference, so I thought I would take the opportunity to make the most of the room I booked.

Why Hotels Are Awesome for Boudoir

Traditionally, Boudoir shoots take place around some sort of bed/bedroom environment.  They are supposed to be a seductive preview or window into the private space of the subject. Unfortunately, not everyone has the ideal bedroom setup to host a boudoir shoot.  I have held boudoir photo sessions in clients’ homes, but usually this involves setting up a backdrop to block out undesirable furniture or decor.  Doing so does result in great photos, but sometimes the atmospheric ambience is lost.  That’s where hotel rooms offer a distinct advantage.

Think about any hotel room you have experienced.  Assuming you aren’t accustomed to staying in back alley cesspools, most hotels you are familiar with probably feature nicely decorated rooms.  The rooms are clean (unless you have one of those CSI black lights), and there is almost always some sort of large window in the room to cast a great deal of natural lighting upon the bed.  These conditions definitely contribute to an all but perfect ambient environment to set the mood for boudoir.  Even if shooting during the day isn’t possible, there is often times enough artificial light to help bring out the characteristics of the room.  In addition to that, hotel rooms can add a layer of mystery and intrigue to the resulting photos.  This is especially the case if the photos will be a gift for a significant other.

My Session With Kady

The room we shot in was at the O Hotel in Downtown LA.  It’s a visually pleasing establishment, offering contemporary rooms with a unique vibe.  The main backdrop you see in the photos was a floor to ceiling, deep brown, wood panel covered wall.  The bed was dressed in all white with a subtle design pattern.  There were several artificial light sources surrounding the bed, in addition to a large window off to the right.  Bouncing my external flash off the walls and ceiling worked perfectly to add a bit of fill.  We ended up shooting at night, otherwise the natural light during the day would have more than met my needs. 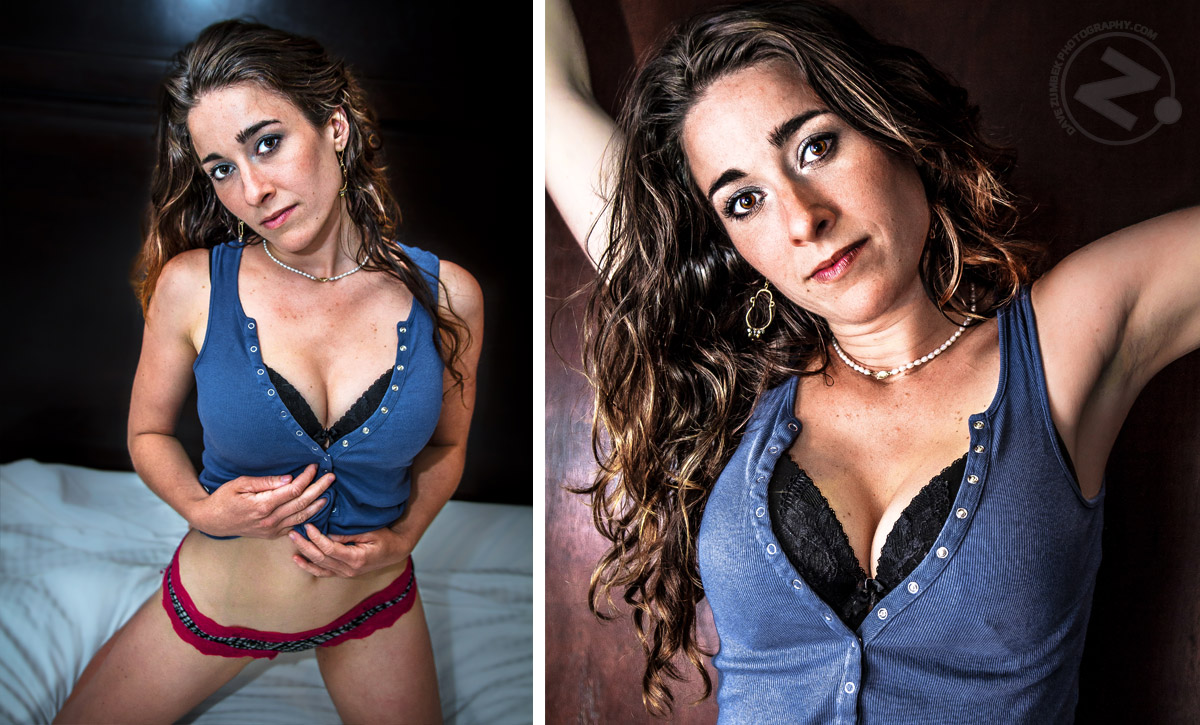 Working with Kady was a fantastic experience.  She was very laid back, easy going, and had fun with the shoot…something I really think you can get a sense of through the photos. While her attire wasn’t necessarily the traditional lace lingerie set you would see in boudoir imagery, it helped to make her seductively pop in the photos.  The blue tank she wore resulted in just the right splash of color, contrasting nicely to the deep brown and white back ground.  We covered many different poses and angles in the room.  The resulting shots did loosely fit into the boudoir category, while also blurring the lines between pinup and glamour as well.  Overall I was pleased with the results of our session.

To see more photos from my session with Kady, check out the album on Facebook.